Reasons Why Drug Screening Is Important At The Workplace

Many people have different opinions on whether drug testing should be allowed in the workplace. The controversial issue on these tests is on their regularity and whether the test’s outcome is sufficient to fire or hire someone. However, looking from an employer’s perspective, drug screening is imperative. This is because some jobs are risky and involve handling dangerous equipment. Other occupations, such as medical careers, entail taking care of people, thus needing one to be drug-free. Read More»

These Early Symptoms May Signify MS

So many patients deal with strange, niggling issues for years before they finally connect the dots, seek a diagnosis, and learn that they actually have multiple sclerosis. This late diagnosis is understandable. MS is a very unusual disease, and it presents differently between patients. However, late diagnosis also means that medications to slow the progression of MS might be less effective. As such, if you have any of these seemingly mild symptoms, it’s often worth bringing them to your doctor’s attention sooner rather than later. Read More»

What You Can Do To Treat Joint Inflammation

Joint inflammation is a condition in which your joints become inflamed and begin to feel sore and painful when you move. You may feel pain in your knees, back, arms, hands, and other joints as well. This joint inflammation may hinder you from doing everyday things, including just taking a walk. If you have joint inflammation, you need to have it treated and should seek help from a physician to be treated properly. Read More» 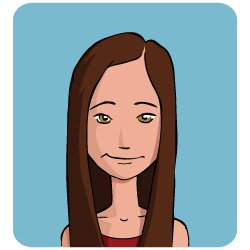